Showing posts from January, 2014
Show all

Word Templates: We can't open template because we found a problem with its contents

Just recently I was working on a Sales Invoice Word Template customization for a customer and ran into a strange issue when attempting to print a batch of invoices for customers assigned to this template. When printing the entire batch of invoices, the following error would appear: Once the OK button was clicked, Word would proceed to display the following error message: "Word found unreadable content in "Template.docx" . Do you want to recover the contents of this document? If you trust the source of this document, click Yes.". Upon clicking the Yes button, Word would go to work and "recover" the document in perfectly good condition with the invoices matching to the penny. What makes this even more puzzling is, if you print each invoice individually from the Sales Transaction Entry window, there would be no error and invoices would print fine. Solution To troubleshoot this issue, one just needs to focus on the original error - I assume
2 comments
Read more

Dynamics GRC Day 2014 - All about security, risk, and compliace in your Microsoft Dynamics environment

Feel like you don't have enough conferences and sessions on your schedule for your trip to Microsoft Convergence 2014 Atlanta ? If so, you may want to arrive a couple days earlier to join the Dynamics GRC Day 2014  conference hosted by FastPath and Protiviti and featuring some great community speakers. Plan on attending this one of a kind conference March 3, 2014 in Atlanta. Join leading Microsoft Dynamics industry experts to learn about key issues and strategies surrounding security, risk, audit, compliance and governance. This daylong meeting is critical for anyone that is responsible for risk management in a Microsoft Dynamics environment. Until next post! MG.- Mariano Gomez, MVP IntellPartners, LLC http://www.IntellPartners.com/
Post a Comment
Read more

Microsoft Dynamics #CONV14 Atlanta - My sessions are out!

Hi all! Microsoft Dynamics Convergence 2014 Atlanta is around the corner! Unbelievable to think just a few days aback I was sending out New Year's greetings and now we are talking about an event to be held in March, a month and few days away. Where has time gone? Nonetheless, I still have some work to do to finalize my slide decks and demos for my sessions, but you won't be able to tell from my excitement about participating at this Convergence. I wanted to share with you the sessions I will be presenting and, of course, ask for your support with your attendance. Code Session Room Date and Time CSGP014 Microsoft Dynamics GP Customization for Beginners Concurrent Session Are you thinking of customizing your Microsoft Dynamics GP solution? Are you familiar with the tools available to create customizations? Come to this session to learn important tips to make a customization project successful and how to use the top tools for customization including Microsoft De
2 comments
Read more

Well, it's been a hectic beginning of the year for me and projects keep rolling in, keeping me away from writing. However, there are other ways you can get in touch with The Dynamics GP Blogster . One of them is by joining me at the new GPUG Education Hub's Integration Showcase Series . This series of online seminars will begin on January 20th and will end with an online interactive roundtable discussion where you will have a chance to ask all the presenters about the kind of stuff that keeps you up at night when it comes to integrating your corporate applications. The series will feature different integration middleware products, integration techniques, and presenters from eOne Business Solutions, Scribe, Zap, and of course, moi! I will be talking about Integration Manager for Microsoft Dynamics GP and how you can leverage it to build powerful, yet easy to use integrations. Of course, I will talk about the tools strengths and limitations. Date Time Product Title/T
Post a Comment
Read more

While Microsoft Dynamics Convergence can be fun - in fact, it's a lot of darn fun! - this time around I am referring to American indie pop band FUN.  - yes, it's stylized as fun with the period at the end, so you could say "fun, period!", just making stuff up as I go along. Fun. will be performing at the Convergence Celebration event on Thursday, March 6, 2014 From left to right: Andrew Dost (Guitar), Nate Ruess (Sampler), Jack Antonoff (Guitar) Fun.,  based in New York City, was formed by  Nate Ruess , formerly of  The Format . After the breakup of The Format, Ruess formed Fun with  Andrew Dost  and  Jack Antonoff , of  Anathallo  and  Steel Train , respectively. Fun has released two albums:  Aim and Ignite  in August 2009 and  Some Nights  in February 2012. The band is best known for three hit singles: Grammy Award-winning " We Are Young " (featuring  Janelle Monáe ), " Some Nights ", and " Carry On ". "We Are Young&quo
Post a Comment
Read more 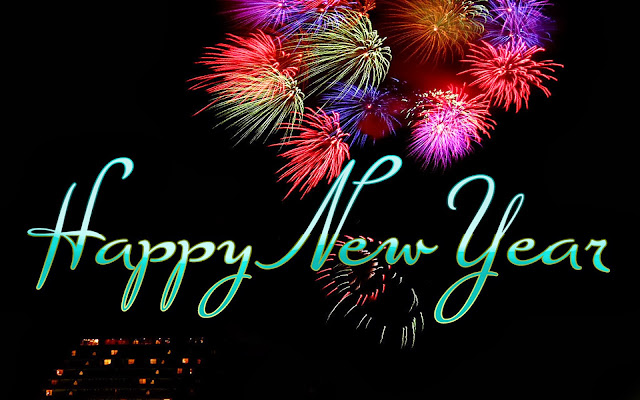 Hope you had a great time with family and friends and that you were able to stave off some of the culinary temptations that went around your dining table every evening... I know I tried! What's in store for this year... we have tons of conferences (virtual and on-premise), more articles on Web Client - will continue with the Web Client Wednesday series, I will start to dive more into Windows 8 store apps integration to Microsoft Dynamics GP 2013, then will cover more on the Power BI tools and how these facilitate Microsoft Dynamics GP data analysis, and much more. So get ready and come along for the ride. Until next post! MG.- Mariano Gomez, MVP IntellPartners, LLC http://www.IntellPartners.com/
Post a Comment
Read more
More posts