Showing posts from 2012
Show all

It's that time of the year again! Time to say goodbye to the outgoing year, 2012, and receive the new one, 2013, making all sort of resolutions that we never seem to be able to achieve and with good measure, since most of us are simply consumed with the daily grind that lifting our heads up to take a breather and see the forest from the trees seems difficult and sometimes downright impossible. 2012 however was a very good year and gave me tons of stuff to write about. In retrospect, 3 conferences, 2 virtual conferences, the release of Microsoft Dynamics GP 2013 and the Web Client are simply a subset of the activities that allowed me to write some really cool stuff that you expressed through your comments to enjoy. Without further due, here is a list of the "best articles of 2012" written on this site (in no particular order): 1. Microsoft Dynamics Convergence 2012 Houston . Convergence Houston in March of 2012 was a very cool experience and probably one that I will ne
Post a Comment
Read more 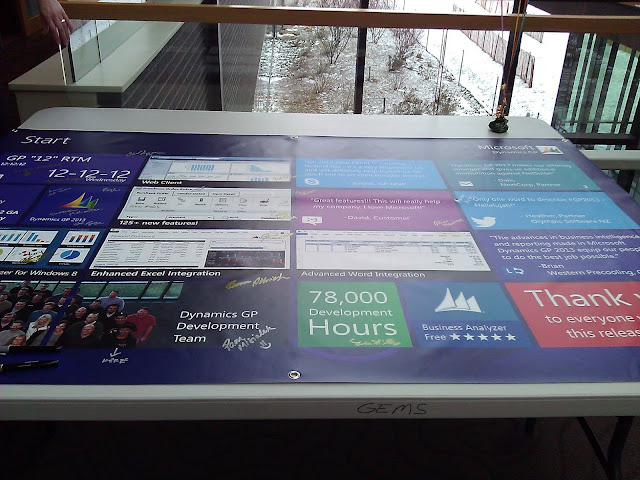 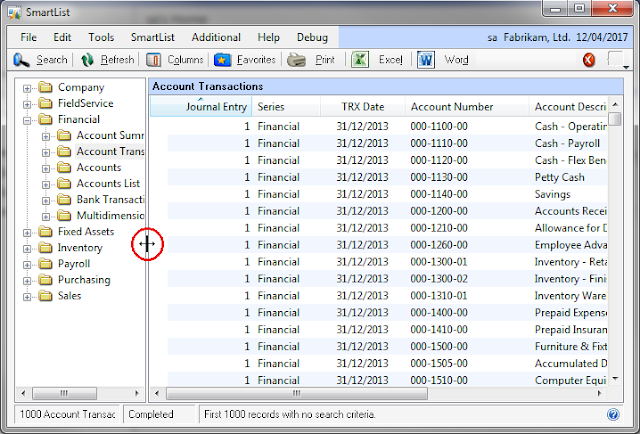 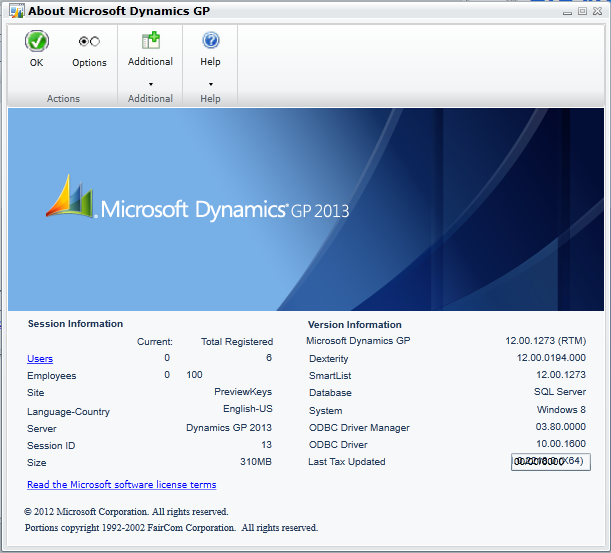 Over the past two weeks, I have downloaded, installed, and been playing with my latest demo toy: Excel Dashboards for Microsoft Dynamics GP! In all fairness, this is not a new product, but rather a research being conducted by the Microsoft Dynamics GP Product Management team on the subject of Business Intelligence. However and to drive the topic, they have created a really cool dashboard using Microsoft Excel 2013, which I also happen to be running on my machine. Excel Dashboard Installation The first thing to do is to download the dashboard which you can find here . Of course, most of the settings are tailored for my friend and Microsoft Program Manager, Jared Hall 's computer, who kindly put this dashboard together for your delight, so some work is needed to make things work. Once you have downloaded the spreadsheet, you will need to follow each of the steps provided on the Instructions sheet in the workbook, including running an embedded stored procedure against you
1 comment
Read more

What are you doing to prepare for the Web Client?

My latest article is out over at MSDynamicsWorld . In it I take a swipe at 5 things I believe you should be doing today to get up to speed with the Microsoft Dynamics GP 2013 Web Client. Of course, these are only my observations. If after reading you feel there's something else to add, please feel free to drop a comment. 5 Ways to Prepare for the Microsoft Dynamics GP 2013 Web Client Until next post! MG.- Mariano Gomez, MVP IntellPartners, LLC http://www.IntellPartners.com/
Post a Comment
Read more

Microsoft is pulling out all the stops in New Orleans for its Convergence 2013 event. On March 21, 2013, Matchbox Twenty will be closing out the event, live from the Ernest N. Morial Convention Center . Matchbox Twenty From left to right: Paul Doucette (Drums), Kyle Cook (Banjo), Rob Thomas (Piano/Lead Vocal), and Brian Yale (Bass Guitar) Matchbox Twenty is an American pop rock band, formed in Orlando, Florida, in 1995. The group currently comprises Rob Thomas (lead vocals, piano), Paul Doucette (drums, rhythm guitar, backing vocals), Kyle Cook (lead guitar, backing vocals), Brian Yale (bass guitar), and touring drummer Stacy Jones (drums). Matchbox Twenty rose to international fame with their debut album, Yourself or Someone Like Yo u (1996), which was certified diamond in the United States and multi-platinum in Australia, Canada and New Zealand. Their second album, Mad Season , released in 2000, charted in the top three on the Billboard 200 and was certified 4x plat
Post a Comment
Read more